The President and the General Manager of the CNAC

In October 2012, Gérard Fasoli was appointed as General Manager of the establishment by the CNAC board of directors, with the approval of the Ministry of Culture and Communication. He took up his post on December 17th 2012.

In December 2018, the Board of Directors of the Centre national des arts du cirque elected its new President, Frédéric Durnerin, who succeeds Martine Tridde-Mazloum.
His term of office begins on 25 January 2019.

Frédéric Durnerin – President of the CNAC

After a university career in social sciences and cultural development, Frédéric Durnerin has collaborated with several cultural organisations.

Since 1997, he has been the Director of the Agora, which became a subsidised stage in 2001, then certified in 2010 as a Pôle National Cirque de Boulazac Aquitaine. He has given it a dual identity, embracing both contemporary circus forms and creation in other related arts: theatre, dance, music..., maintaining allegiance to established circus companies and discovering emerging companies.

Frédéric Durnerin is a founding member of Territoires de cirque, and he served as its President from 2012 to 2016. He is also the President of the Culture Santé cluster in New Aquitaine since January 2017.

His involvement in these structures reflects the importance he places on supporting, accompanying, disseminating and sharing cultural creation. This mirrors the ongoing commitment shown by the Cnac:

- to promote the professional integration of our students,

- and, also, to encourage and develop training and research activities for professionals in the circus arts and, more broadly, in the performing arts in France and abroad. 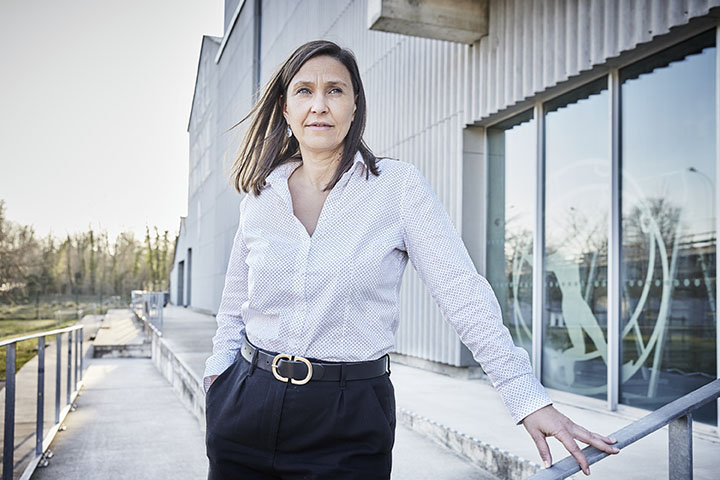 She has also held the position of general secretary at the HorsLesMurs Association (now Artcena, since merging with the CNT) and president of the Syndicat de cirque de création.

In October 2021, Peggy Donck was appointed director of the school by the CNAC executive board, with the approval of the Minister of Culture.

She has been appointed to the position in recognition of her artistic vision, her understanding of the various challenges faced by the entire circus sector, and her links to artists from all disciplines. These considerable strengths will provide circus artists of the future with the tools to shape the circus of tomorrow.

Her appointment is effective from 1 January, 2022.